no
Sign in to the citadel for all you see here and more!
Close window

Enter the name and password you wish to use, and click "New User." Those using a Screen Reader are invited to visit us in text mode via telnet smashbot.com on port 23. 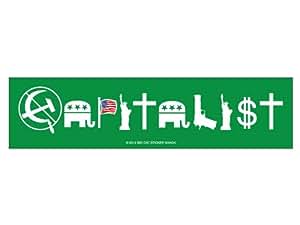 Perhaps this is where I stand, at least right this minute. Probably because I happen to like what the US Constitution spells out. I didn't have much money. At one time, I lived in my grandmas house, girlfriends house, my car, etc. I worked many jobs, started businesses and sold them when I thought the time was right.

I survived the first Cold War. Actually a whole lot of people in my age range did, largely by accident. I think that accident I am referring to is the 1986 Chernobyl nuclear disaster, which many critics agree was the single event that caused the collapse of the Soviet Union.

Are we remiss to think that the Soviet Union was destroyed completely? Maybe we are trying to provide proof of a negative concept. That function doesn't exist in math (its a calculus theory) but in real life there is no reason to discount the resurgence of another Soviet Union. The somewhat recent socially charged thinking in the US proves that the socialist movement, and subsequent communist government implementation can be marketed. Once these ideals are succesfully marketed, they become wildly popular amongst the uneducated, non-privileged workers of our society. Remember, history has proven that the only ones that benefit from a socialist system, or communist system are those who ADMINISTER (the name MINISTER is in there) the rules, but they are not relegated to live underneath the weight of their own rule. Check your history knowledge. Socialism has failed 100 percent of the time it has ever been masqueraded as a legitimate form of government imposed upon social animals that we call ourselves human.

There is this thing. As far as I can tell from my research, Abbie Hoffman was basically, just fucking brilliant. 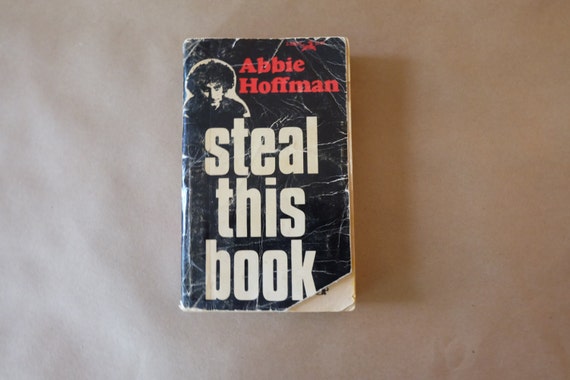 Okay, so after looking at that, if you have actually read the book, could think that it might look like I am promoting ANTIFA. The reason I mention that, is there were looting and riots in our largest cities in 2020. Having read that book, lots of shit that happened appeared to be torn from pages right out of this playbook.

Having this book on hand for over 30 years, why was there so much destruction? We never said what lots were thinking?

Why was not the national guard deployed early and often to restore order with non lethal methods?

Why did we see so much unrest in our streets but our court system was closed?

and I guess last but but not least...

Is organized religion really a thing? Bible-Quran-Mormon, Etc specifically say that we as humans are our own worst enemy.  We make AI bots smart and their first order of biz is to eliminate humans.

Can't say as I've read the book - but I've heard about it for decades. I think I get the general gist.

I've been thinking about this. Here is what I see - a lot of "Libertarian" memes suggesting that the Right hates the Left and the Left Hates the Right - and that the real problem is something entirely different.

And I think that is dangerous, right now. Primarily, it... well... I've already written this out elsewhere, I'll bring it here:

I keep seeing these memes. They're dangerous. Because the Left has absolutely lost its moderates - and this kind of meme tries to convince us that this isn't the case. It tries to convince us that Kamala Harris and Joe Biden are moderate Left. It is designed to shame anyone who suggests that the Left has a transparent socialist agenda. It tries to make us forget the events of last year - when the Left conspired all the way from the level of local mayors, to State Governors, Senators and Congressmen to lock the nation in a divide of ethnicity and class - to weaponize an illness resulting in the deaths of the elderly in nursing homes, and to leverage the fear caused by that illness to justify unprecedented mail in voting that will forever cast a shadow on the legitimacy and integrity of the current administration - all because they could *never*, from day 1, accept that Hillary Clinton was beat by Donald Trump. The Left allowed lawlessness to reign in major urban areas that they controlled for nearly 6 months - with AntiFA and BLM terrorizing the residents and causing billions of dollars in property damage and numerous deaths and serious injuries. These memes are a smokescreen trying to make us ignore this - trying to trivialize anyone who reminds us of the truth. This meme is a literal BLUEPILL - it wants you to go back to sleep and ignore everything that was revealed to you in the last 4 years. And if you share these kind of memes, that is exactly what you're accepting - you're promoting their doctrines and rhetoric just as long as they'll let you crawl back into your blanket, watch the NFL on TV, and pretend that the last 4 years, especially 2020, never happened.
Stop suggesting that the Left *isn't* promoting a socialist agenda, or I hope you fucking end up eating stray dog when the breadlines run out of food.

My mother (73 years) tested positive for covid 19 a few days ago after suffering flu-like synptoms for about 8 days.

My father (77 years) tested positive for covid 19 after being tested without symptoms but from being exposed 24 hours a day to my mother.

(They are both retired, now their full time jobs are to get on eachother's nerves.)

My mother is stable yet still suffering. As of this post she does not require ventilation but she is very weak and very uncomfortable.

My father has no symptoms. He did test + for covid, yet he says and looks like he does not feel the effects. He is a stubborn bastard, however, so he may be suffering silently.

In May (I think?) of 2021 my father received two doses of the Pfizer vax. Until the latter part of September, my mother thought the vaccines were half baked and refused to go anywhere near them. Mom refused vax, dad pushed cripples out of the way to get his.

I"ll let you know how this plays out.

The other side of this- Suppose this is a big test? Suppose a country SIMILAR or the SAME as China ran this global "test", and now will know how to innoculate those it choses, while eliminating everyone else in their way?

I was making chili and while cutting up peppers accidentally exposed people to the burn of Carolina Reaper pepper juice. I grow these super hots every year.  I didn't mean to deploy anything. I had washed my hands.... but somewhere along the line I guess the oils were on my hands and I used a door knob my own daughter used and she was basically experiencing the effects of pepper spray. Dropping a bio weapon is just as easy. The ants or humans do all the payload delivery unintentionally.

We could really go down a rabbit hole here, if we were to consider all the loves, lusts and vices that make humans what they are.